The Float Tank – A Hole in the Universe 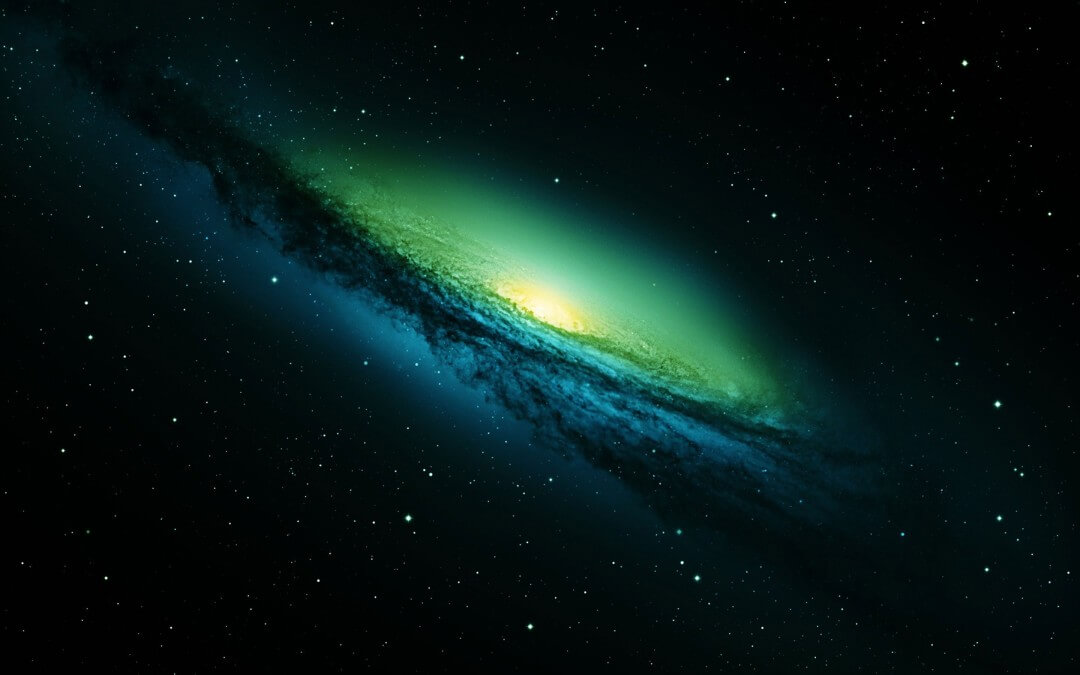 Overwhelmed by the magnitude of information, the quest to escape a saturated modern lifestyle is driving individuals to seek alternate ways of focusing the mind and enhancing the quality of life. As a result, we are definitely seeing a growing interest in spirituality, the removal of limiting beliefs, and positive transformation. A growing number of individuals are using the process of ‘floatation’ to achieve this, a technique popularised by American neurophysiologist, John C. Lilly, M.D.
Also known as ‘sensory deprivation’, or ‘Restricted Environmental Stimulation Technique’ (R.E.S.T), the activity involves remaining suspended in a warm Epsom salt water solution, in a large enclosed pod. The environment is deliberately designed to eliminate, or reduce stimuli.
In the 50’s, at the foundation of his research, Dr. John C. Lilly was particularly interested in the connection between the physical brain and the ‘mind’, and in what kept the brain going and where it’s energy sources lie. At the time, two schools of thought offered an explanation on the topic. One school of thought was of the opinion that the brain is an organ that reacts to and relies on external stimulation for the purpose of driving it’s conscious states (1). The other maintained that the brain is auto-rhythmic, generating its own rhythm without external input.
According to Lilly, energy sources did not depend on the outside environment, they were strictly biological (2). His approach in investigating the brain/mind relationship, and the origins of consciousness, was to create a device that would separate the person from external stimuli. And, whilst working at the National Institute of Health, together with his associate Jay Shurley, M.D., devised ‘a research instrument’ to effectively eliminate or attenuate external influences below threshold to avoid excitation.
His device supported the hypothesis that the brain could continue to operate in its conscious state and generate experiences once environmental stimulation was removed. He also discovered that the environment he created had a profound relaxation effect, which he described as ‘richly elaborate states of inner experience’ (3).
The method was effective in eliminating major external stimuli, however, complex and even dangerous. Early prototypes of the isolation tank involved the individual be completely submerged underwater in an upright position, wearing a tailored head mask that served as a breathing apparatus. These tanks were difficult to use and could result in complications if the tube were to leak.
The general design was modified over time for a safer and more pleasurable experience. Refined into a large, enclosed pod, Epsom salts were added to reduce the gravitational field to it’s minimum, enabling the whole body to float in a supine position. The heat was controlled to keep the water at skin temperature, fresh air was pumped into the tank, and a filter was installed to keep the water clean.
As a result of a bicycle accident, Lilly discovered the tanks additional uses. The pain he was experiencing disappeared whilst floating, allowing him to move his arm comfortably to it’s limits. He also found that floating accelerated recovery by allowing the body to rest faster than it could any other way.
But Lilly mentioned a more notable experience, one where a spontaneous sort of activity develops where the individual is unconscious of their body, and no longer believes they are in the tank. Once the process of relaxation is complete, the input to the brain is minimal, giving you freedom to create a new experience. Because everything is governed by the laws of thought in an environment where you are free from the external world, the tank space is an opportunity to program everything that is happening inside our head, and explore the limits of our conceptions.
According to Lilly, our perceptions and experiences are actually limited by programmed belief structures. In examining these belief structures, Lilly considered the human mind as a kind of computer, drawing parallels between the basic programs built into a computer and the meta-programs imposed upon the mind by conscious or unconscious compulsion.

‘whatever one believes to be true either is true or becomes true in one’s own mind, within limits to be determined experimentally and experientially. These limits themselves are, in turn, beliefs to be transcended. The limits of one’s beliefs set the boundaries for possible experience. So every time you reach a limiting belief it must be examined and gone beyond.’ (4) -’.– Lilly

What Lilly is trying to say is that belief sets can act as a trap and create boundaries, and to effectively explore inner-outer consciousness we must overcome our beliefs in order to reach freedom. For example, a program that solved a problem during childhood can be carried forward into adulthood, but not continue to operate effectively in new situations. Going beyond limiting beliefs allows you to establish yourself as an independent agent. Detaching from old programs shifts control in your favour, and is the key to higher states of consciousness (5).

‘By refusing to identify with the programs you transcend them and gain a measure of control. In this way you begin to exercise the meta-programming powers of the human bio-computer, the ability to create self-consciously the principles that govern thought and behaviour.’ (6) -.– Lilly

An empirical approach refers to these dimensions of consciousness as enlightenment or satori. Oscar Ichazo categorises different levels of consciousness through the length and frequency of sound waves (7). For instance, level’s range between the rational, neutral state in which the mind operates efficiently but without emotion, and travels through states of intensified blissful levels of awareness, until reaching a state where your body is not experienced, and you become a mobile point of consciousness, love, energy, warmth, and cognition, traveling inside and outside of the body (8). The next level, described as the highest level of enlightenment, is the point of consciousness extending throughout the universe.
It was in this state that Lilly experienced himself as intertwined with other beings, as a sort of membrane of consciousness distributed around the galaxy (9). And through discipline and concentration, he believed that one can be programmed to enter any mental and spiritual spaces that one is aware exists, paving the way to social transformation.

‘…if we assume, … that somehow or another we, as a being, are not necessarily generated by the brain structure but that we came from somewhere else and take over a brain as it were, then we have the opportunity of leaving it…’ (10) –– Lilly

What Lilly is suggesting is that we are not necessarily fixed to the brain, and what we experience inside the tank, which he describes as a ‘hole in the universe’ enables us to program into alternate realities and escape consensus reality programming.
Higher states of consciousness are merely investigations of that ultimate non-material state. And when we are completely reduced to consciousness and are without an object, we are in a pool or reservoir for all possible universes (11). This is the pure self, a place located in the middle of our head, where we have the circuitry to exercise control over our own bio-computer, and where the self meta-programming takes place.
Lilly found a connection between solitude and identity, and he was thus able to demonstrate a self-metaprogramming in isolation using an exercise (Ramana Maharishi’s) where he would question his identity, and dismiss any assumptions. Similar to peeling the layers from an onion, only you are working with your identity, going through various kinds of transformation, to reach the core of who you really are, and to stop identifying with negative programs, in fact, all programs, until you conclude that the pure self is separate from the physical body and external reality.
The trick is to go beyond the tank space. A lot of people enter the tank and get stuck in the space by thinking about it. People struggle getting beyond the tank space because initially, it’s a new environment, your body takes time to adjust and becomes demanding in such a limited amount of time. It takes more than one session to use the tank beyond the material universe, and the first experience is generally connected with the tank space, thoughts about the space, the body, movement, adjusting, breathing, the atmosphere and so on, this stops you from using it to it’s full capacity (12). Once you overcome all these sensations, you will be able to exit the space.

‘By doing that you change yourself to some degree. You change what you are by what you believe. It not only becomes mentally true, it becomes physically true.’ (13) –– Lilly

And like the mind, whatever you believe to be within the province of the tank, becomes true. Once you start to work with the tank, the sensations, and the perceptions, then you can make your transference. But this takes practice, going beyond the body and the tank space is not easy as they are synergistic. The sensations you feel will reinforce the idea that you have a body and that you are trapped by it. We have been programmed to believe that the body is part of our existence, we take care of it, nourish and nurture it, alter it, this solid object becomes our identity. This is the human idea of Being. Once you break free from the physical limitations of the tank and the attachment to the material human world, you will understand that entering the tank does not mean leaving the Human World and entering another, then returning to the human world. The matrix of space that is the tank, is what we return to. We are in our native state in the tank, our centre, where we can detach from our body and it’s sensations, allowing for a new conception.
When isolated, the mind becomes highly active and creative. When you go into the tank, your task is to find new explanations for what is happening, for your perceptions, sounds, thoughts, concepts. Continue to do so over and over again. Do not limit yourself by old explanations that you are familiar with. The laws of the universe do not apply in the tank. Look at the tank as an exit and entry point to and out of the universe and you are the transit operator.
Once you reduce your consciousness and detach from this universe, you can use the tank as a gateway to make the transference from one world to another. You can create pleasure by pushing beyond the circuit ceiling of fear and pain. Remember, you don’t enter the tank to experience something different from your material existence, it is the other way around, the tank is your centre, the hole in the universe.
Sources:
(1– Page 28) Hutchison, M. The Book of Floating. Nevada City, CA:Gateways Books and Tapes, 1984
(2 – Page 18) (3 – Page 30) (4 – Page 19 – 20) (5, 6, 7, 8 & 9 – Page 22 – 23) (10 – Page 25) (11 – Page 34-35) (12 – Page 66) (13 – Page – 61) Gold E. J, & Lilly J. C. Tanks Fot The Memories: Floatation Tank Talks. U.S.A: Gateways/IDHHB, 1995
Top Image Credit: https://newevolutiondesigns.com/