‘To be human is to explore and make use of altered states of consciousness’.– Michael Hutchison

The deliberate reduction or removal of stimuli from one or more of the senses places a person in a state of Sensory Deprivation. The ‘float tank’ is designed to do just that. Also known as REST, an acronym for Restricted Environmental Stimulation Technique, ‘floating’ is an activity which involves remaining suspended in a warm Epsom salt water solution, in an environment free from light, sound, tactile sensations, other people, and movement. It is where your physical self aligns with a transcendental reality.

The negative connotations associated with the term ‘deprivation’ explain why one might approach the practice with trepidation. However, the absence of external stimuli produces a paradox of results, leaving you anything but ‘deprived’.

Experimenting with different techniques to alter consciousness is a common and normal practice of human evolution. In his book The Natural Mind, Dr. Andrew Weil mentions that human beings have an innate desire to experiment with alternate modes of awareness other than their waking conscious(1). Weil sees value in the deliberate and conscious practice of learning to enter an alternate state, adding;

‘such experiences are doorways to fuller use of the nervous system, to the realisation of the untapped human potential, and to better function in the ordinary mode of consciousness.” (2)

The most popular method of altering consciousness is through sensory deprivation or restriction. Various techniques have been used throughout history to reduce external stimuli, for example, it was common practice for individuals from primitive societies to withdraw from their communities and participate in a ‘purifying’ process through ‘fasting, silence, steam baths, and / or isolation’ in preparation for the hunt(3). It was believed that sensory restriction improved their hunting abilities by enhancing their awareness and senses. 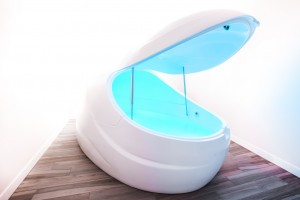 Another example is the ‘rite of passage’ of premodern societies, where youth are confined to darkened spaces for long periods, or undertake fasts in preparation for acceptance into adult society. It is also common in many cultures for boys to explore the wilderness alone to experience a ‘spiritual coming of age’(4).

Not to mention, spiritual leaders of all cultures are required to endure some form of sensory deprivation as part of their training. Among the techniques are frequent and rigorous periods of total silence, fasting, withdrawal to isolated spaces or retreats, combined with restricted or monotonous sensory input(5). Sensory restriction is considered essential in bringing about some form of enlightened transformation.

Practices that involve peace, quiet and solitude are not exclusively reserved for hunters and mystics. Urban beings require periods of isolation from busy lifestyles to recover from sensory overload, it is considered essential for reducing stress and maintaining health and wellness. In some instances, isolation can extend to activities such as sleep, reading, exercising, vacation, etc.

Regardless of the technique used, the aim of restricting sensory stimulation is to alter states of ordinary consciousness for intensified levels of awareness and sensitivity. An intensified internal awareness takes place when we stop responding to external distractions, leaving us more susceptible to emotional changes, allowing us to alter our thinking process and perceptions, and enabling us to exercise control over our physiological processes.

An overwhelming amount of scientific evidence suggests that humans have the ability to control their body by directing focus inward and manipulating body processes via visualisation(6). Using biofeedback techniques, researchers have discovered that, through ‘alertness to subtle internal signals’, humans can regulate their internal processes(7), so as to lower blood pressure, release or inhibit hormones, alleviate pain, and alter the ‘activity of the heart, muscles, brain, and mind’ and even eradicate disease. 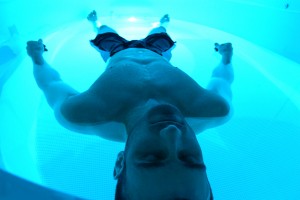 A modern and effective technique of altering consciousness is through ‘floatation’. The environment in the float tank instantly brings about a temporary shift in consciousness that is gentle, pleasant and controllable. The float tank can effortlessly activate a relaxation response, which is what makes it the optimal environment for manipulating mental imagery, given that effective visualisation requires practice and deep relaxation.

‘By restricting sensory input, we increase sensory awareness; by becoming blind, we learn to see in a new and more powerful way; by giving up, letting go, we gain greater control and power over ourselves and, ultimately, over the external world.’ – Hutchison(8)

Not only does the float tank offer an escape from reality that can be described as pleasurable solitude while plunging you into the unknown, it prepares you for a new world outside of it. The experience is limitless, you are the driver, and the ‘float’ is just the beginning.